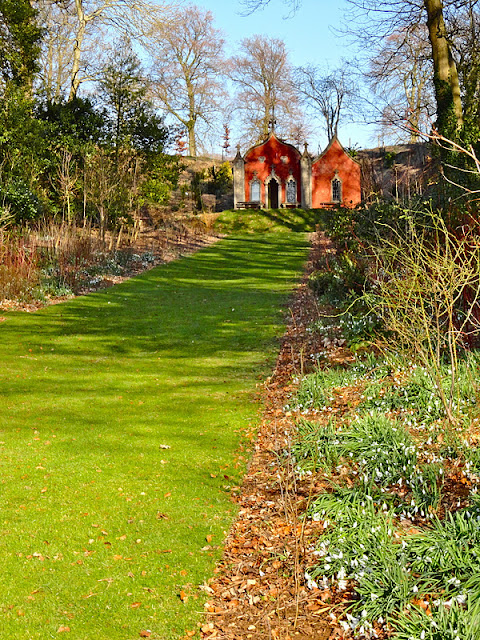 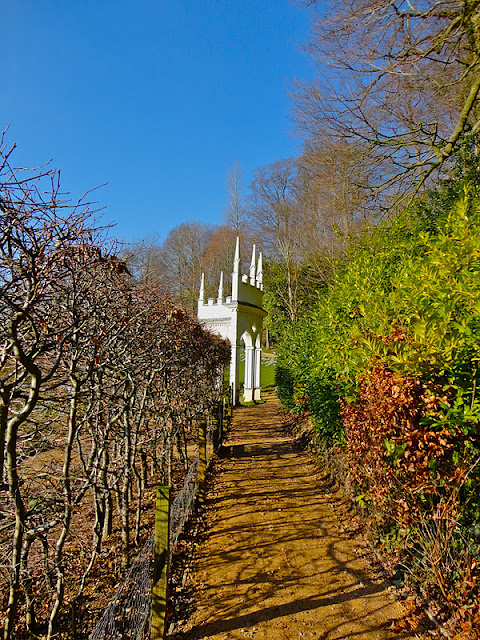 The Beech Walk leading to the Exedra 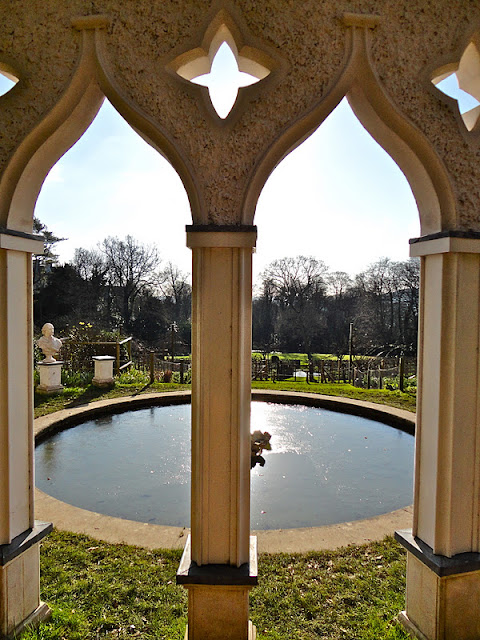 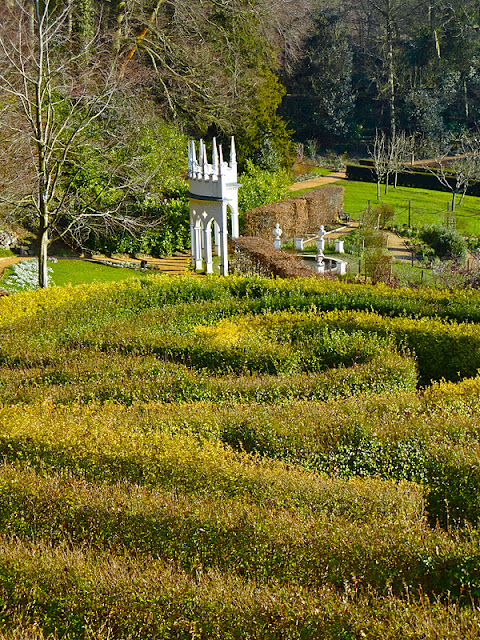 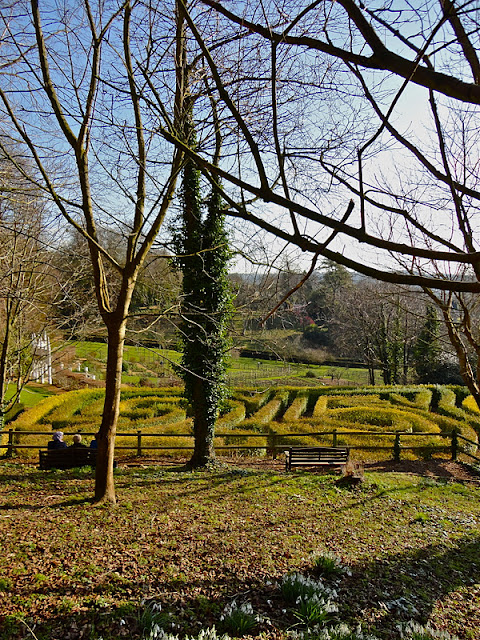 The maize reads 250 representing the 250 years since the painting of the garden was done. 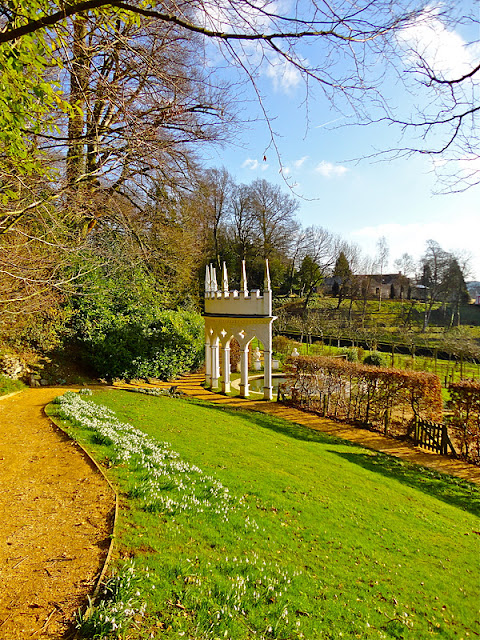 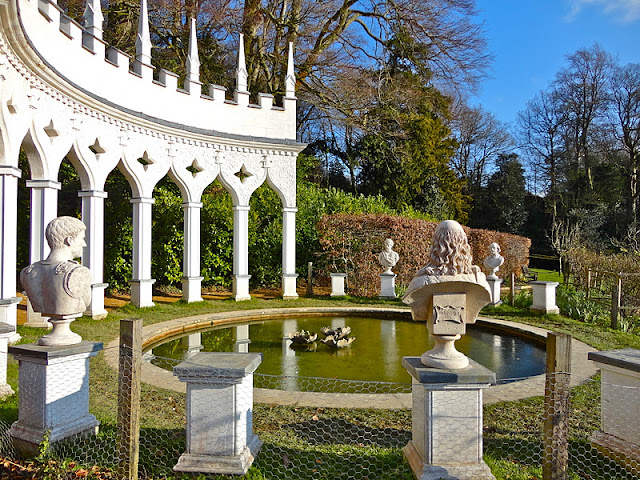 The empty pedestals have pots of flowers on them in the Summer. The wire netting is to keep the rabbits out! 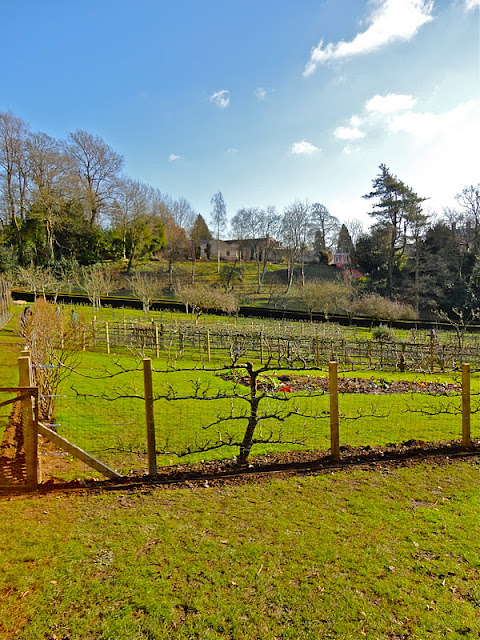 The Kitchen Garden - rather sparse in February! 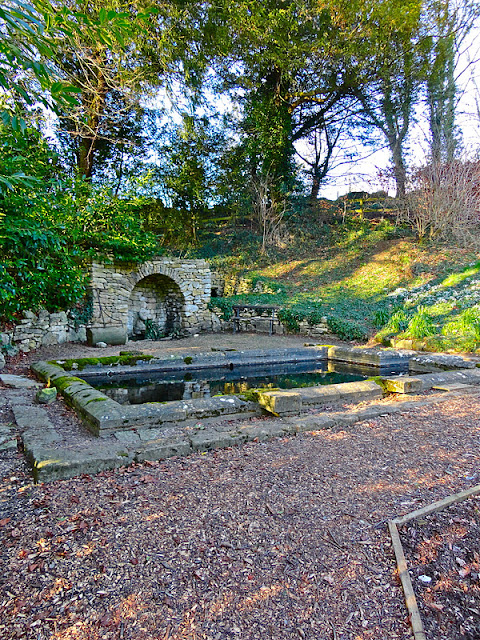 The Spring fed Plunge Pool - said to be chilly all year round. 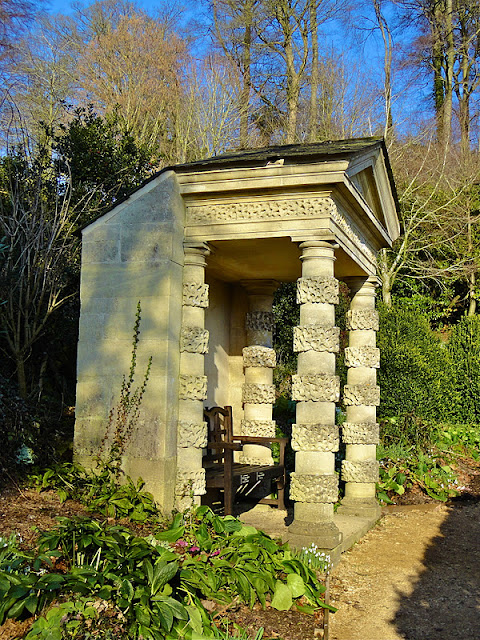 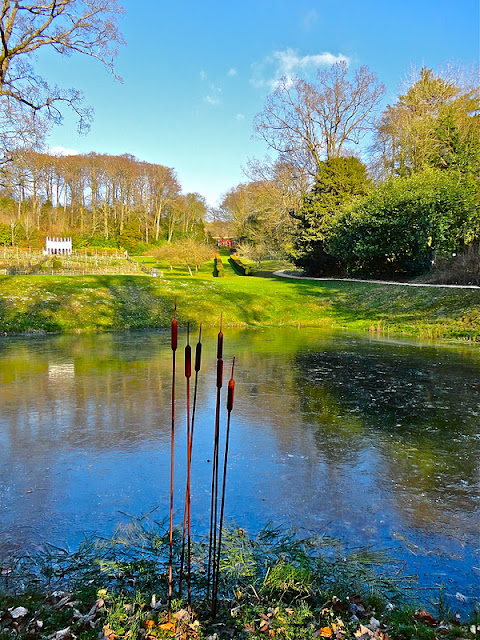 The fish pond looking towards the Exedra and the Red House leading the eye into the surrounding landscape. The pond is wearing a thin layer of ice. 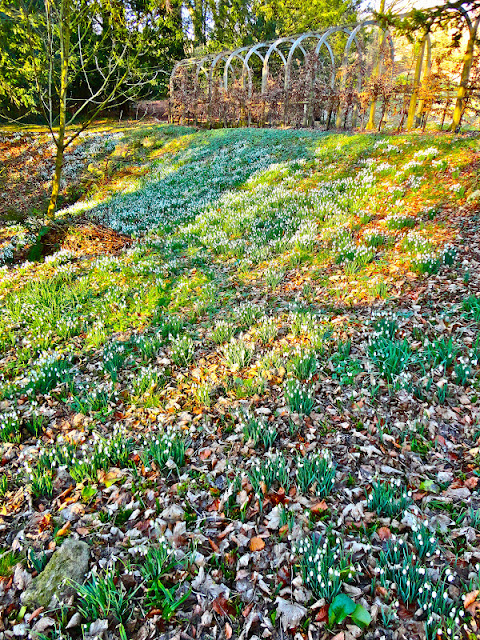 Arched walkway to the ancient woods. 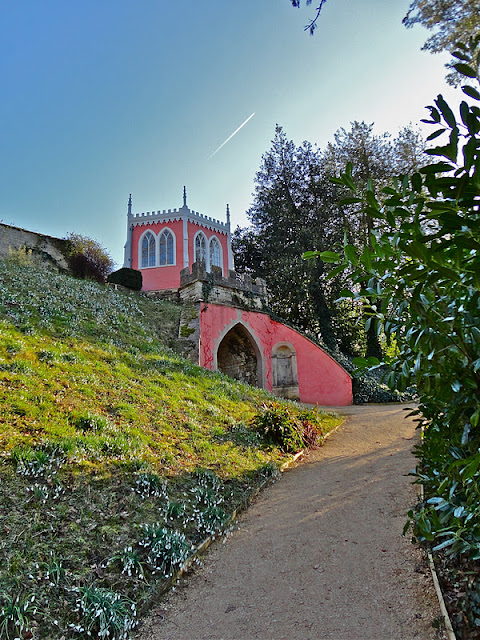 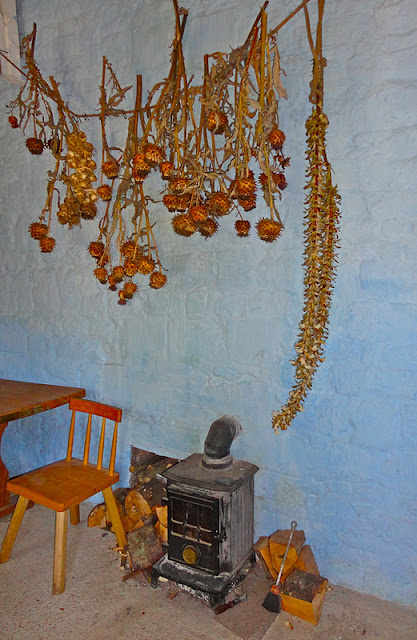 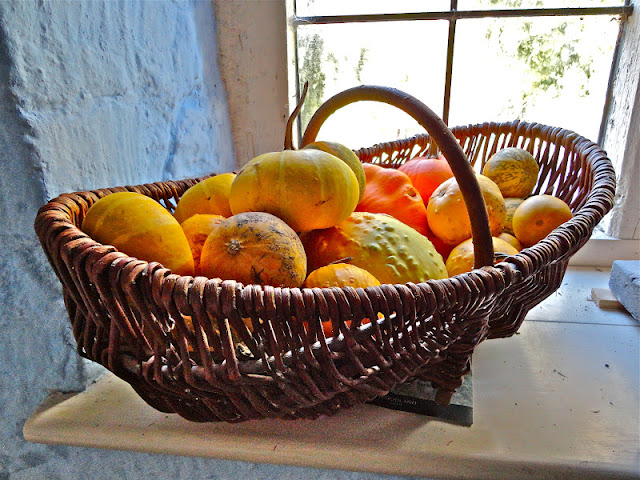 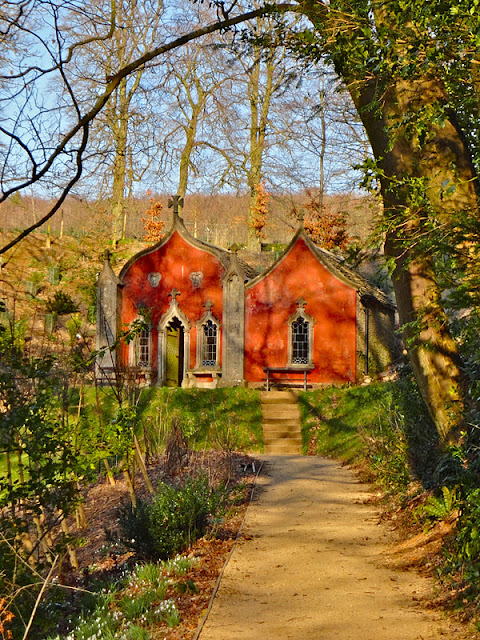 The Red House from the top path. 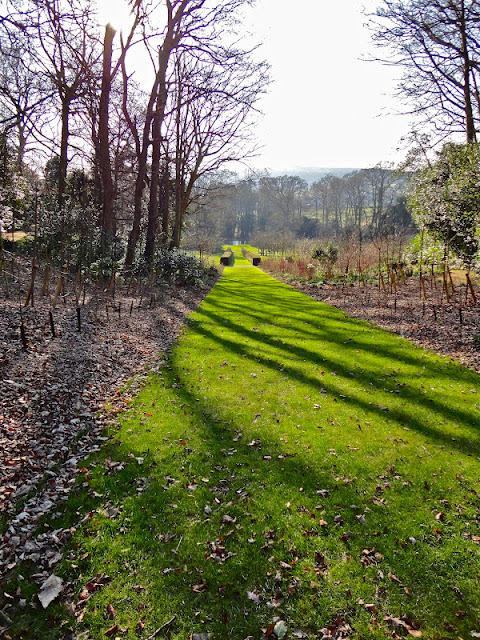 The vista from the Red House, looking out into the surrounding landscape beyond.
A few winter flowers showing in the garden. 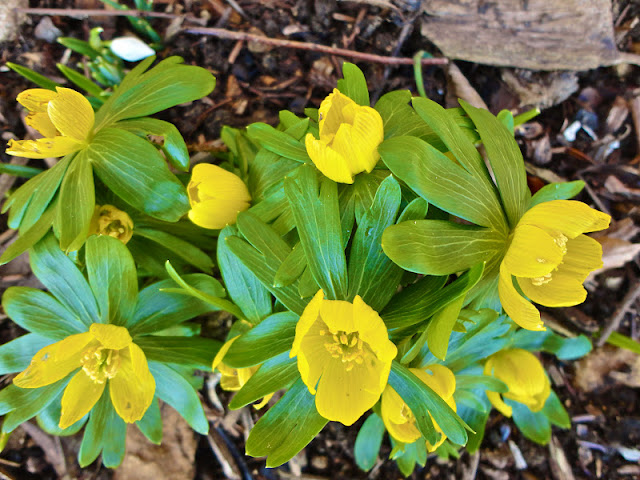 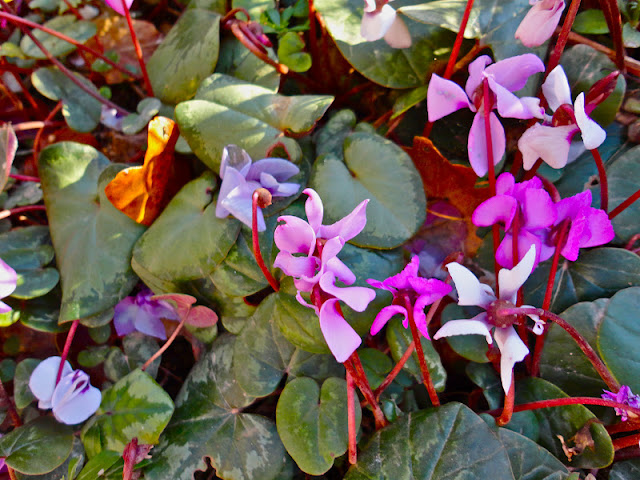 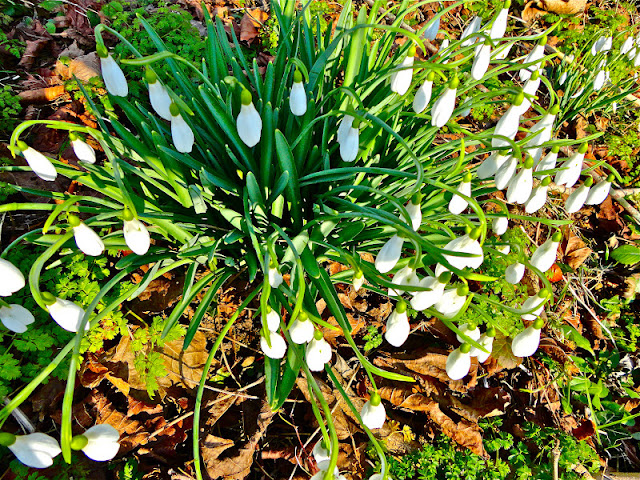 Snowdrops
In architecture, an Exedra is a semi-circular recess, often crowned by a semi-dome, which is usually set into a building's facade. The original Greek sense (a seat out of doors) was applied to a room that opened on to a Stoa, ringed with curved high-backed stone benches, a suitable place for a philosophical conversation. An Exedra may also be expressed by a curved break in a colonnade, perhaps with a semi-circular seat.
A Stoa is another Greek architectural term meaning a safe, protective place where people can gather.
Posted by Rosemary at 10:54