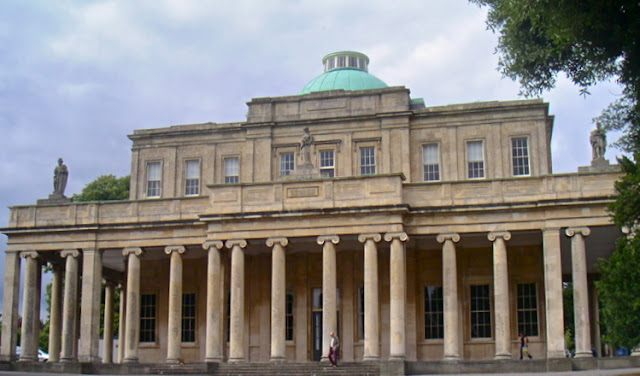 The Regency Pump Rooms, Cheltenham via wikipedia
On dark winter evenings I am most definitely an indoor, stay at home person. However, a good friend invited me to join her at a concert. The internationally acclaimed Takác String Quartet from Budapest were playing at Cheltenham. 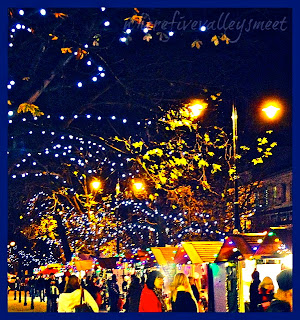 A Christmas market was in full swing as I passed through Cheltenham - it is surprising what is going on whilst I am safely tucked up in my 'Hobbit hole'. 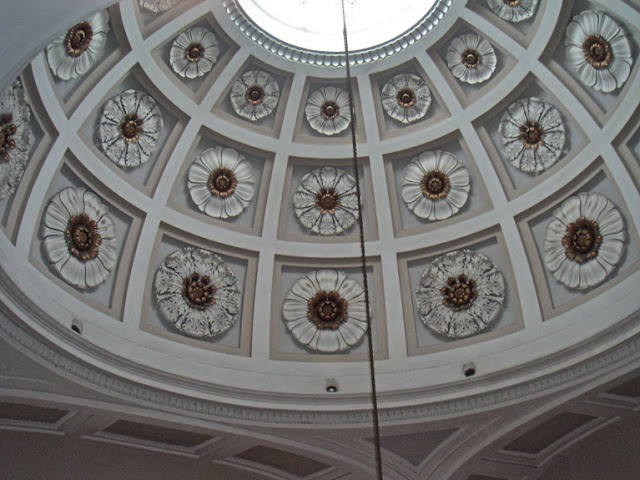 The dome inside the Pump Rooms - the concerts venue via wikipedia 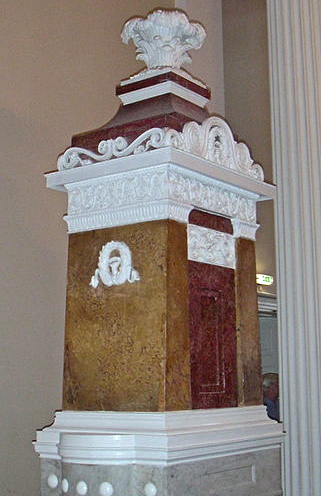 The source of the famed mineral water via wikipedia 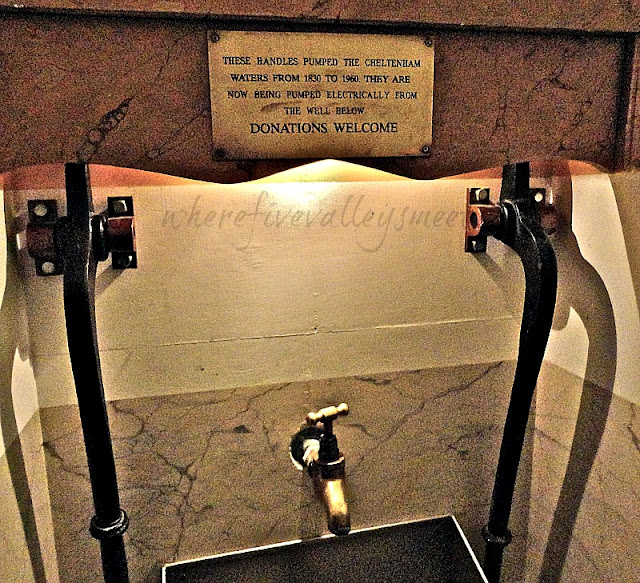 If you fancy a sulphuric glass of water it is still possible to freely take the waters for your health!!! 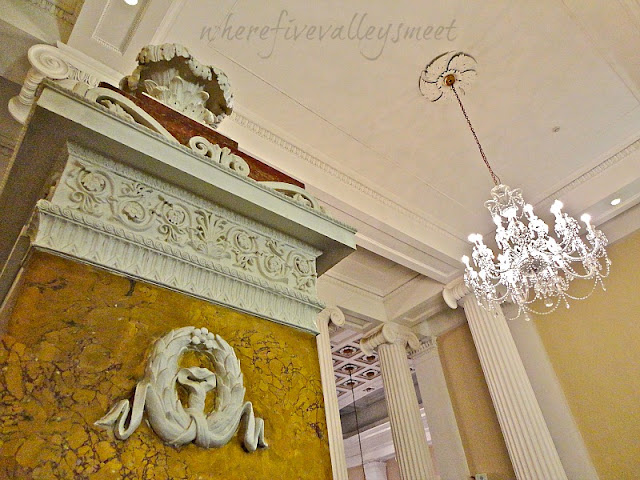 The first piece of music played was unknown to me - Schubert's Quartet no. 13 'Rosamunde'. Now this was rather a coincidence - my friend for the evening traces her ancestry back to "Fair Rosamund". 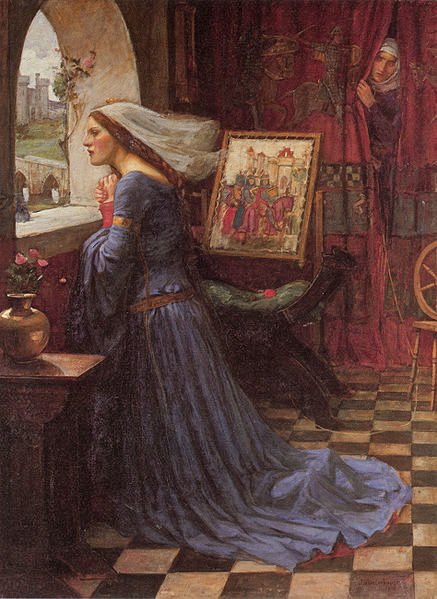 Fair Rosamund painted by John William Waterhouse in 1905 via wikipedia
Rosamund Clifford 1137 - 1176 called Fair Rosamund or the Rose of the World because she was famed for her beauty and was the mistress of King Henry ll. She was the daughter of Lord Walter de Clifford. The legends concerning her life are many but few hard facts are available.

images source
Today it is possible to stay B/B at Frampton Court which is still owned by the Clifford family.
It is a grade 1 listed 18th century house built in 1730. Built to possible designs by the Bristol architect John Strahan who was a pupil of Sir John Vanbrugh. The house displays a mixture of Baroque and Palladian architectural styles and is built of Bath stone. 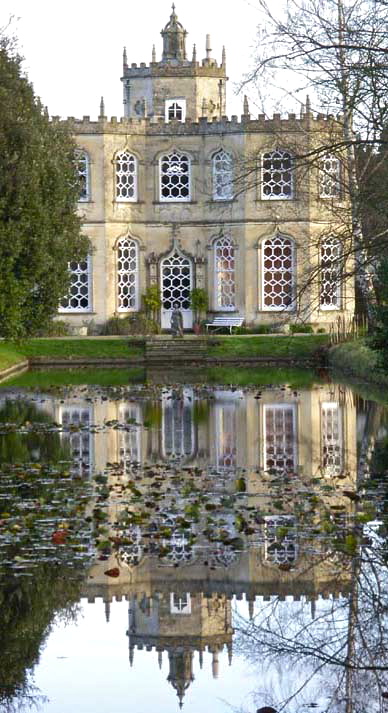 This exquisite 18th century Orangery sits in the grounds of Frampton Court.
The Orangery has been converted into a charming holiday retreat for 8 people.
It was described in Pevsner's Buildings of England as one of the most unusual examples of Strawberry Hill Gothic architecture in the country. 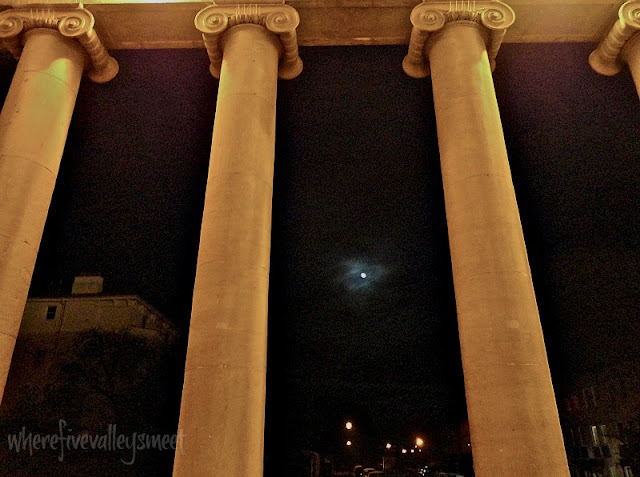 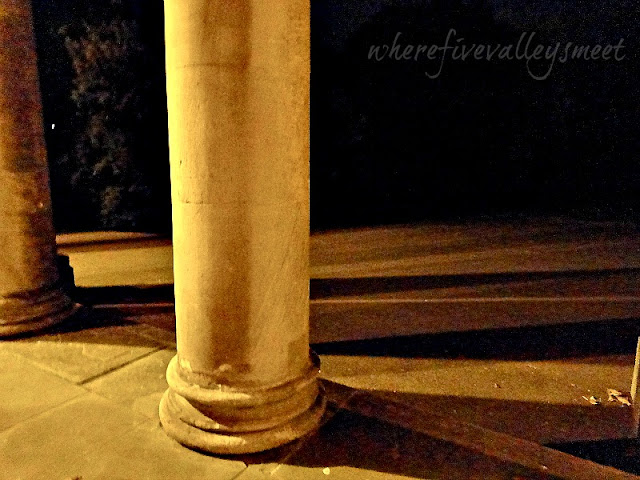 During the musical interval we strolled around the colonnade of Ionic pillars under the glow of a full moon, and I was happy to have ventured out into the dark winter night.
Posted by Rosemary at 09:17