A garden created by three generations of female gardeners. It straddles the top of a Cotswold escarpment, and then runs down into a valley with views across to the Vale of Evesham. 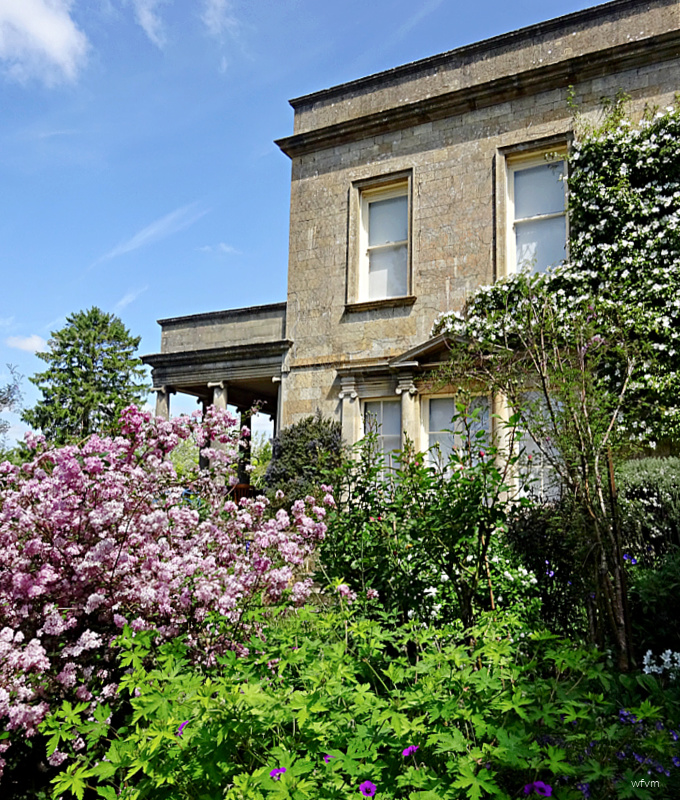 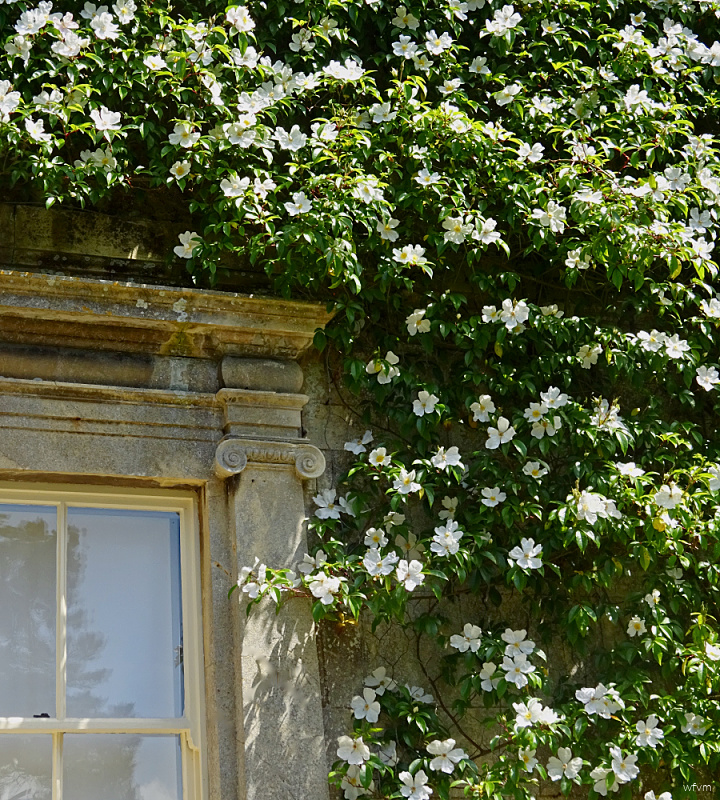 This stunning white Coopers Burmese rose - R. Laevigata 'Cooperi'  reaches up to the top of the property. 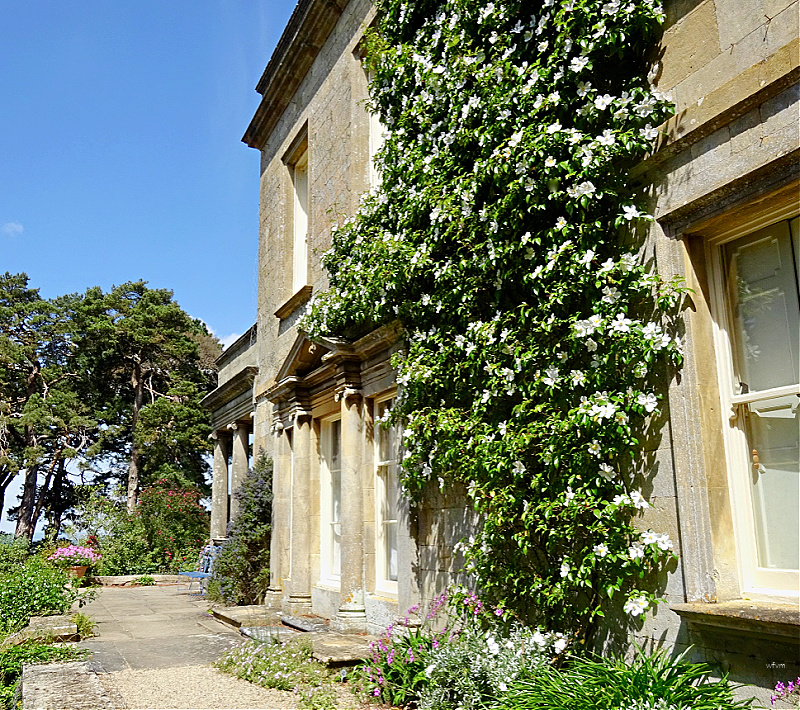 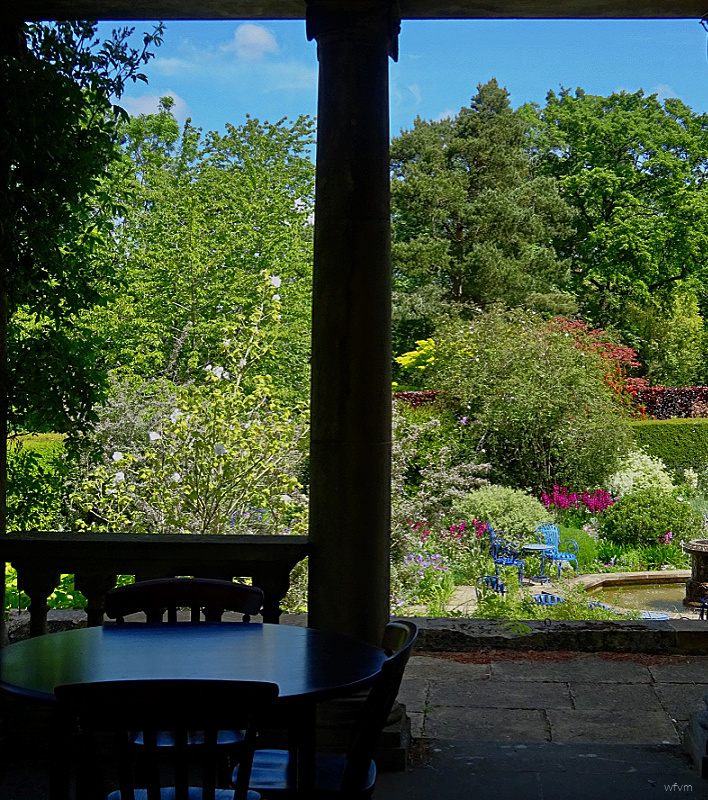 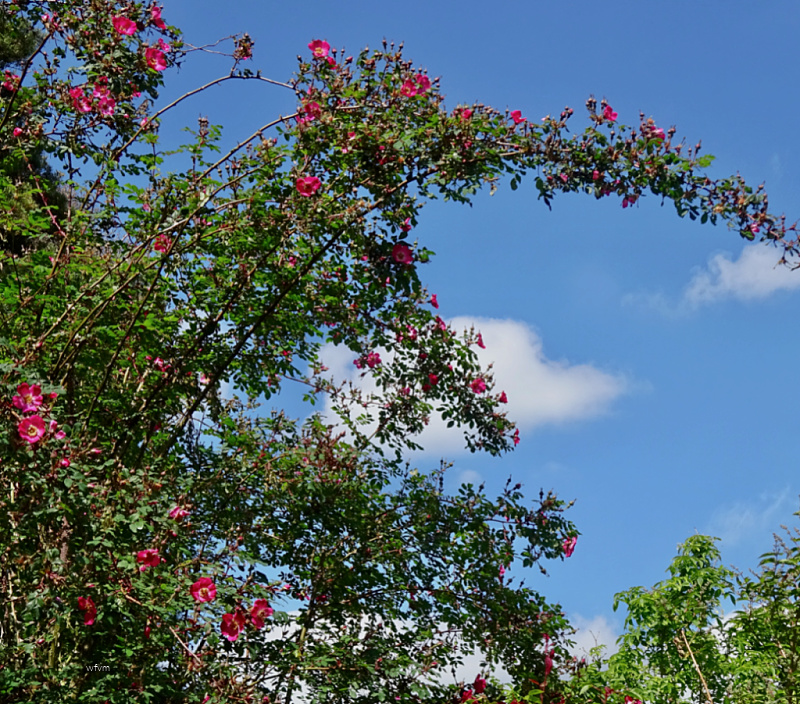 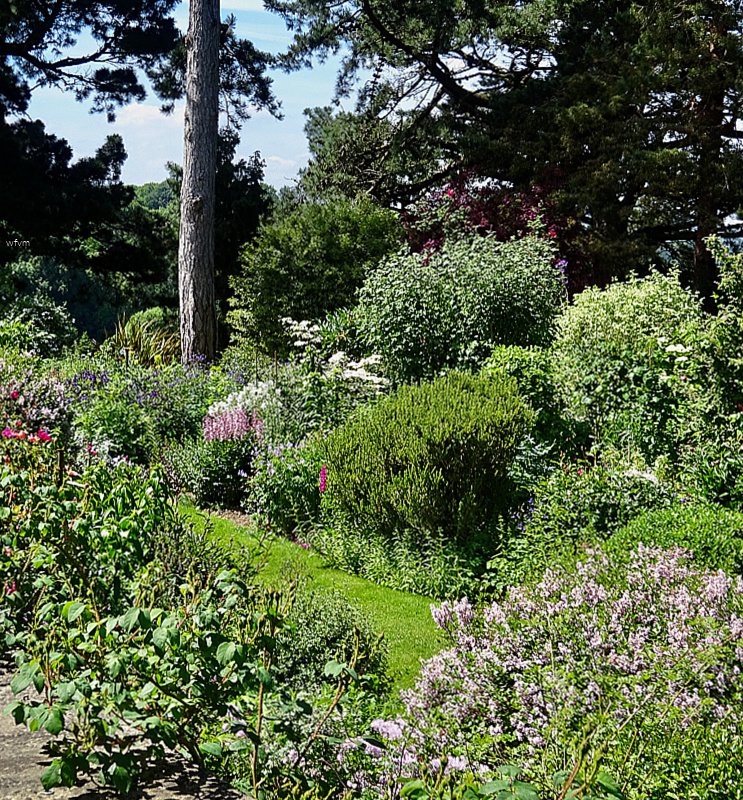 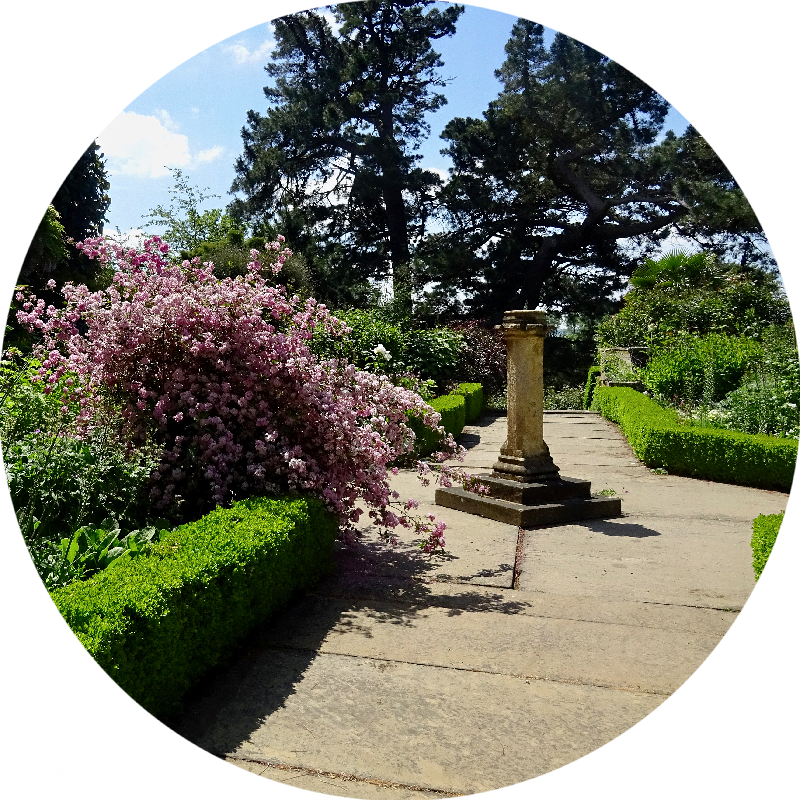 In 1920 the gardens at Kiftsgate consisted of a paved formal garden at the back of the property surrounded by a field and wooded banks leading down into the valley. The then new owner, Heather Muir, decided to change the layout of the garden with help and inspiration from her lifelong friend Lawrence Johnston. 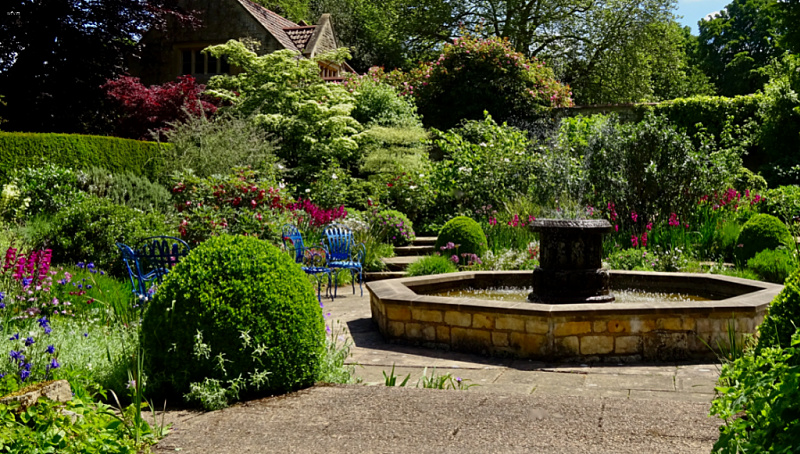 She decided that the garden would be developed organically, rather than planned on paper.
It has a distinctly feminine feel almost in direct contrast to the more masculine lines employed by Johnston in his own garden at
Hidcote Manor. 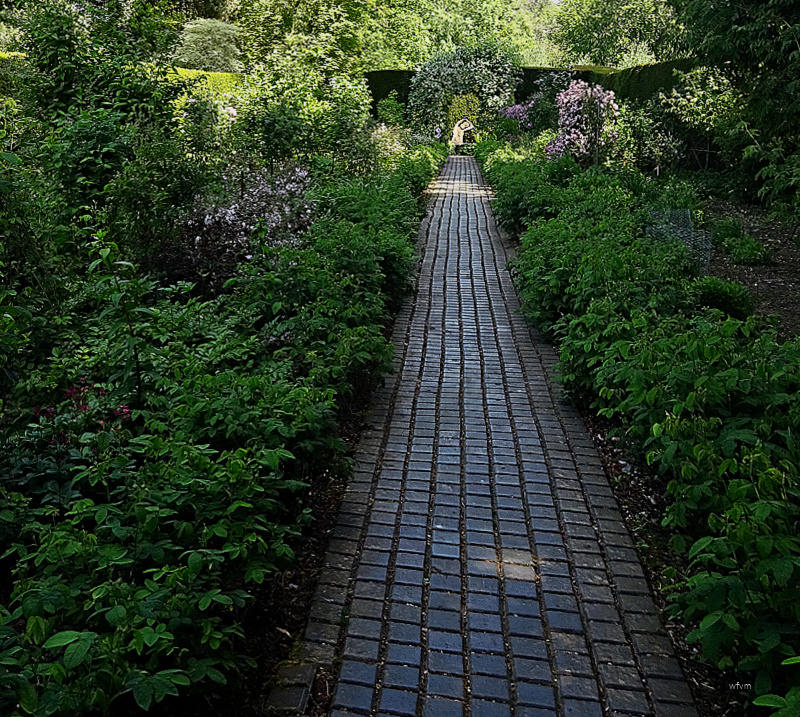 During the 1930s the steep banks were tackled and the steps to the lower garden were put in place along with a delightful summerhouse taking advantage of views to the west. 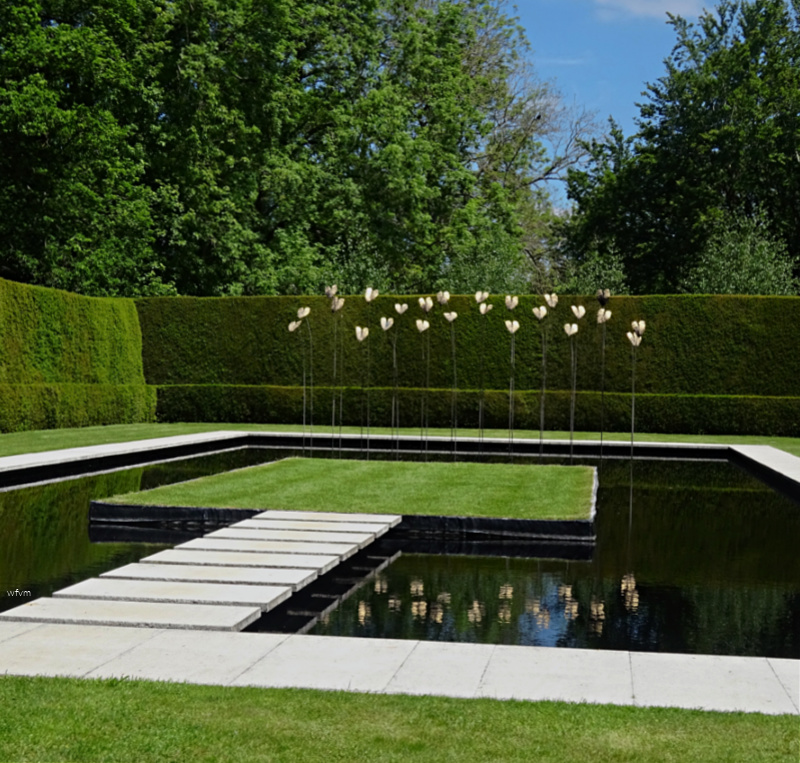 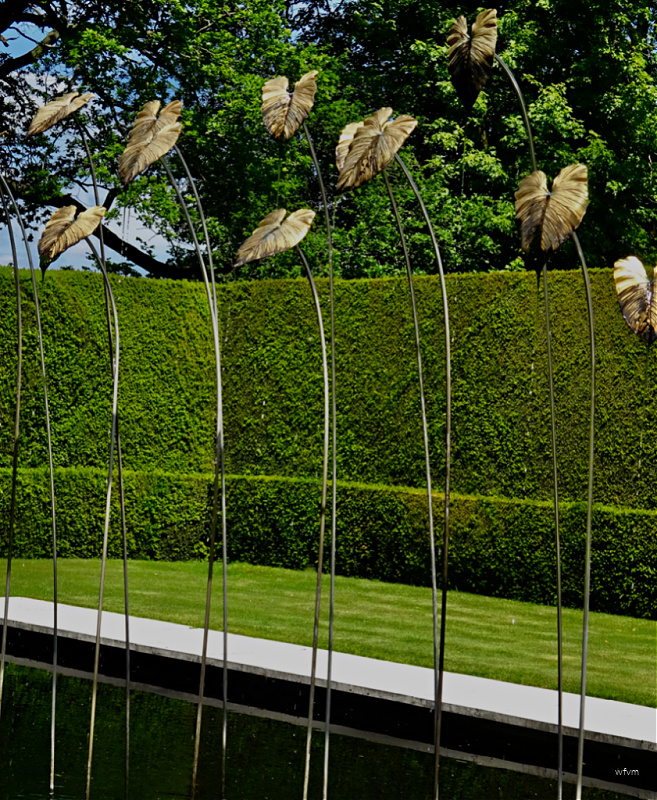 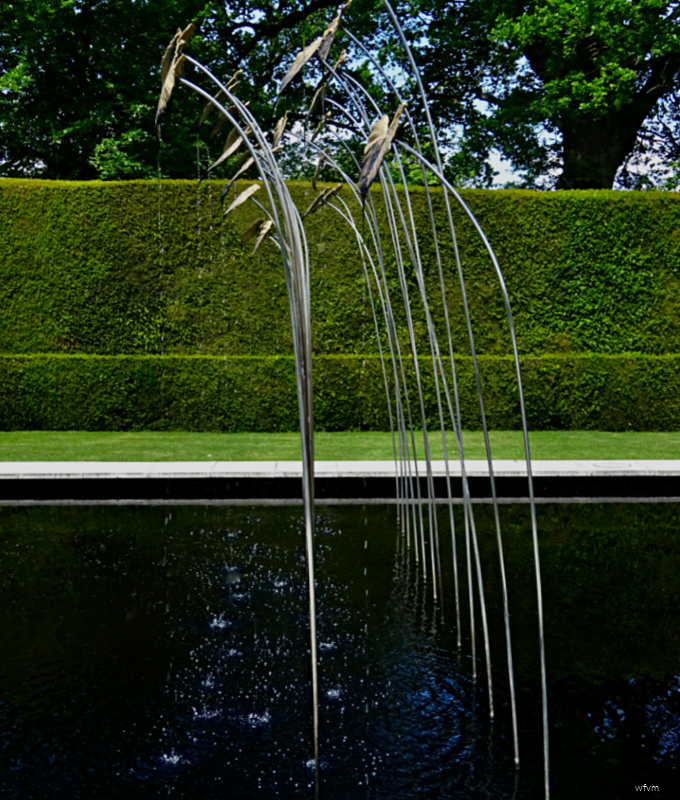 Anne established this contemporary black water garden on what had once been the tennis court. She continues the family tradition of seeking out new and interesting plants to compliment the colour schemes established by her grandmother when she originally laid it out. 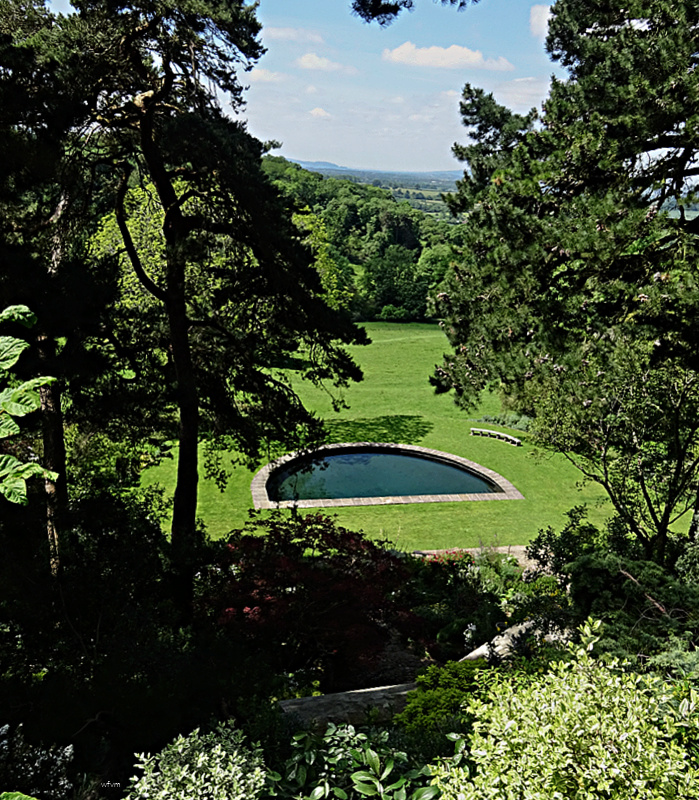 I love the elevations in this garden with their expansive views, but maintaining a garden like this is hard work and not for the faint hearted. 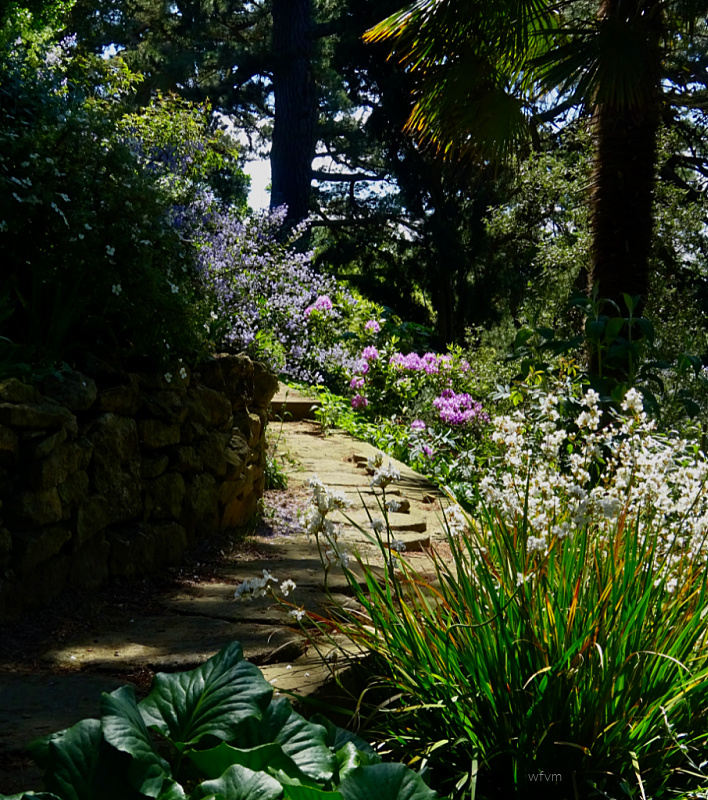 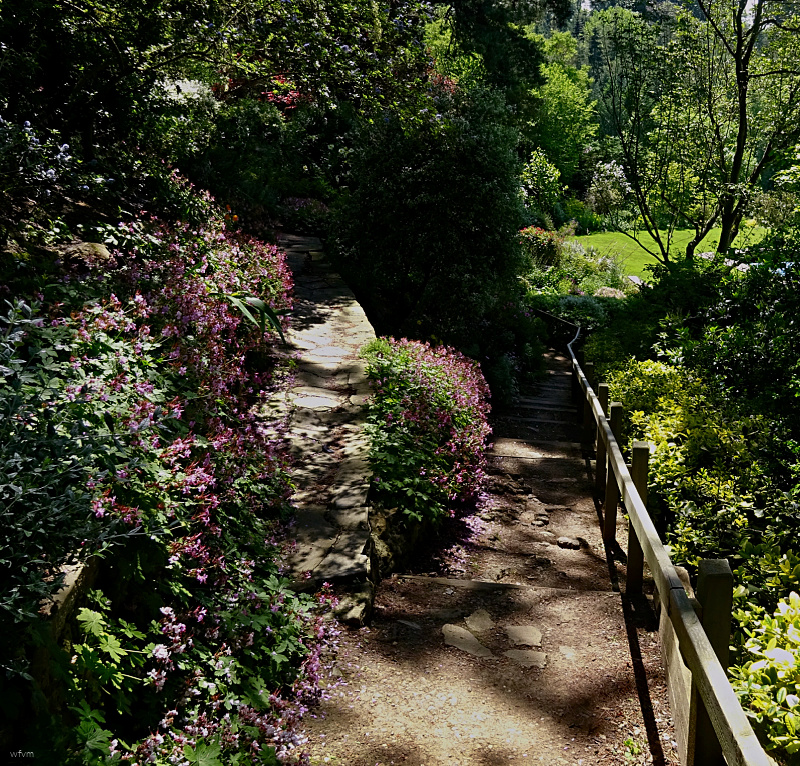 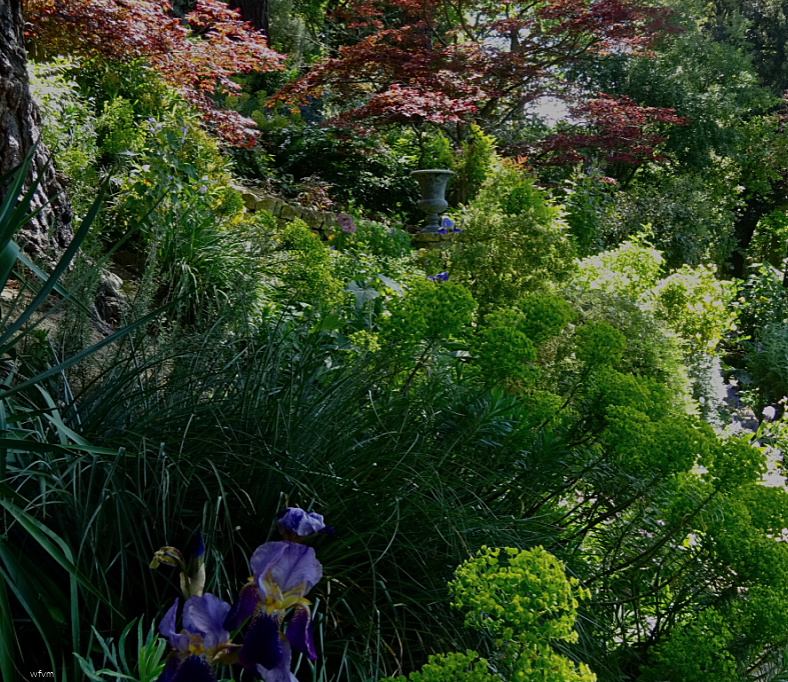 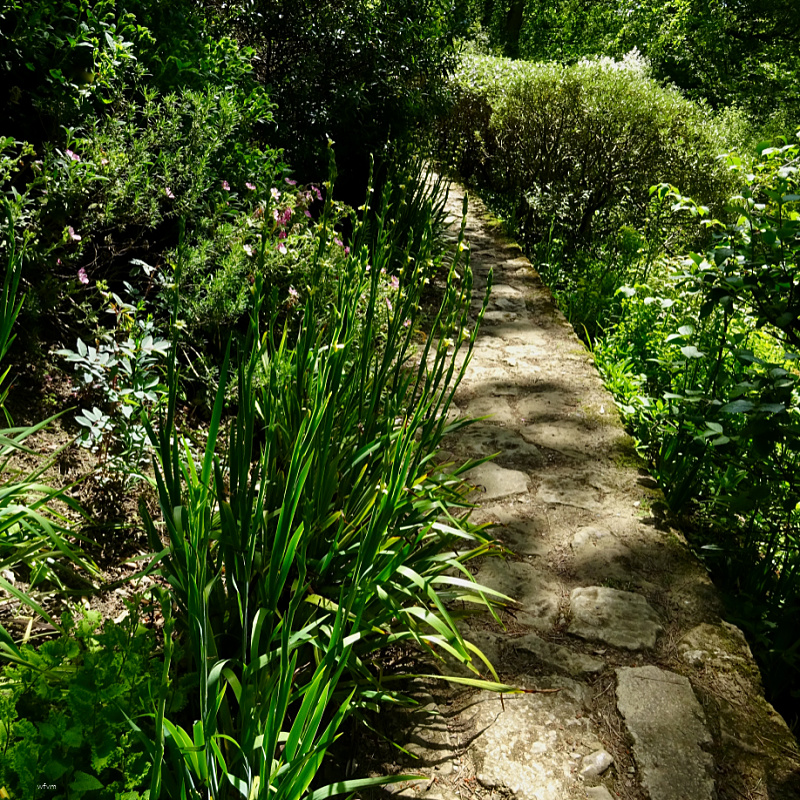 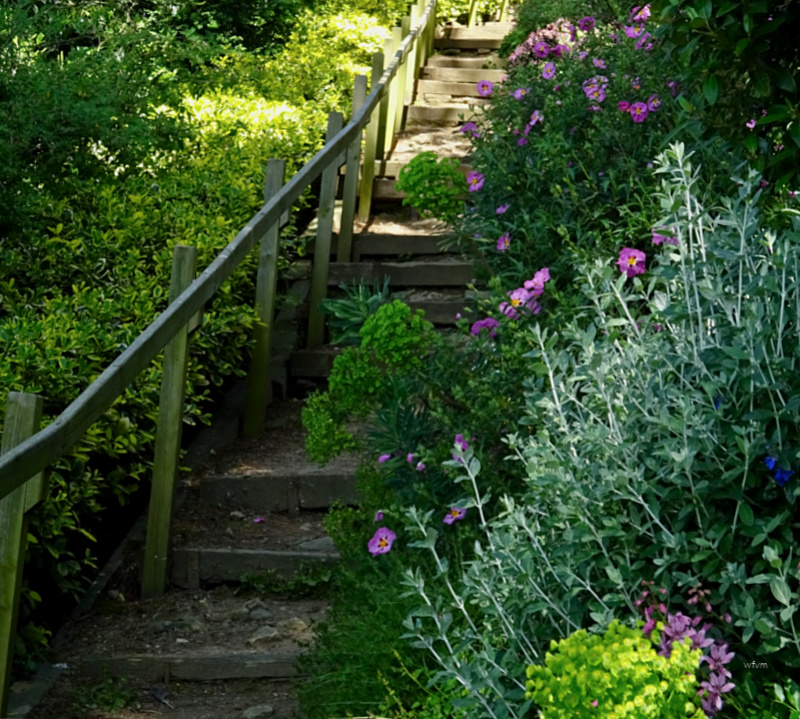 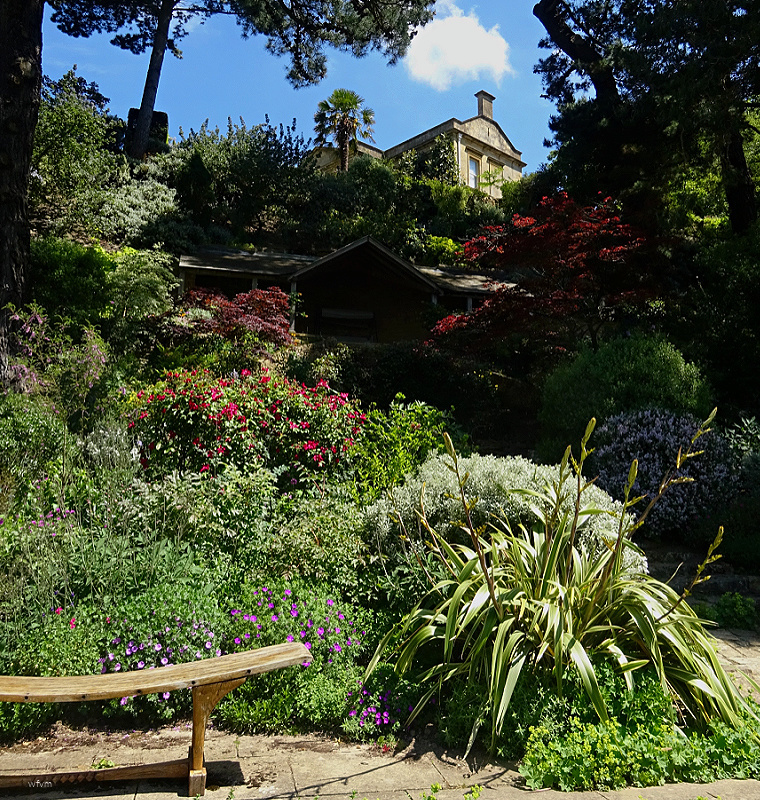 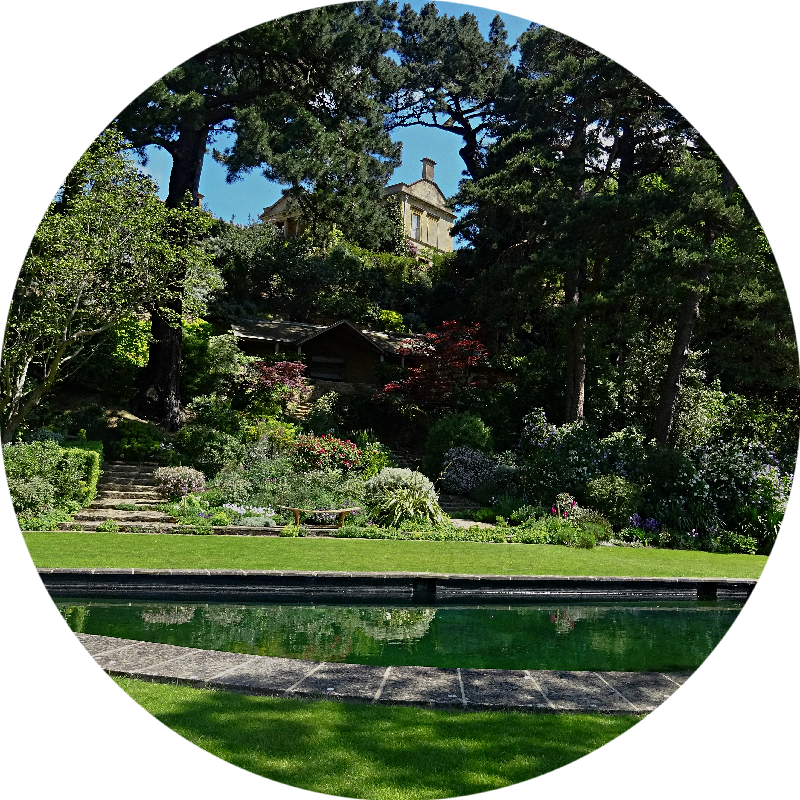 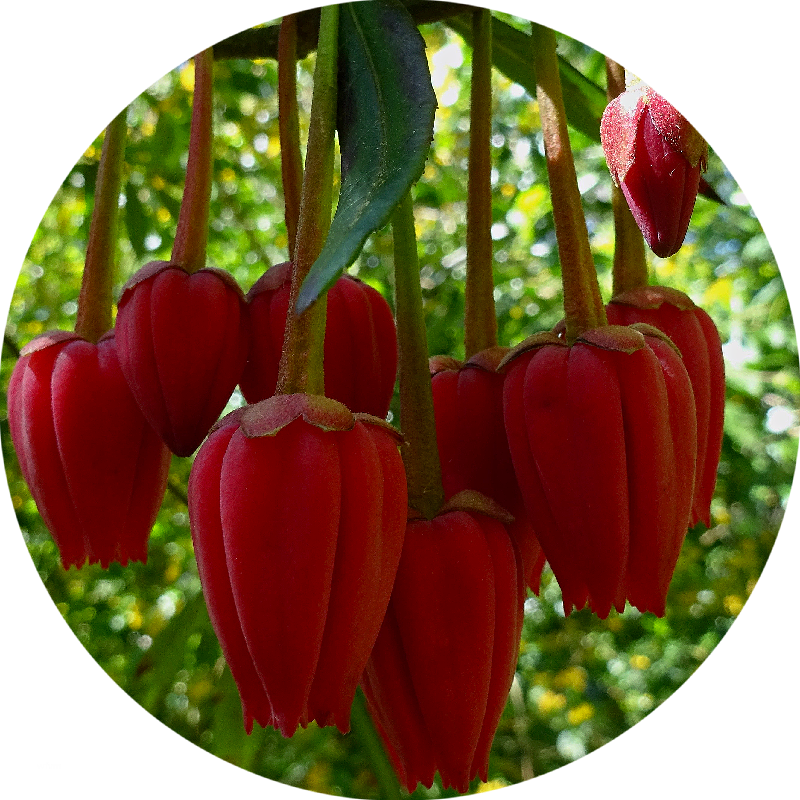 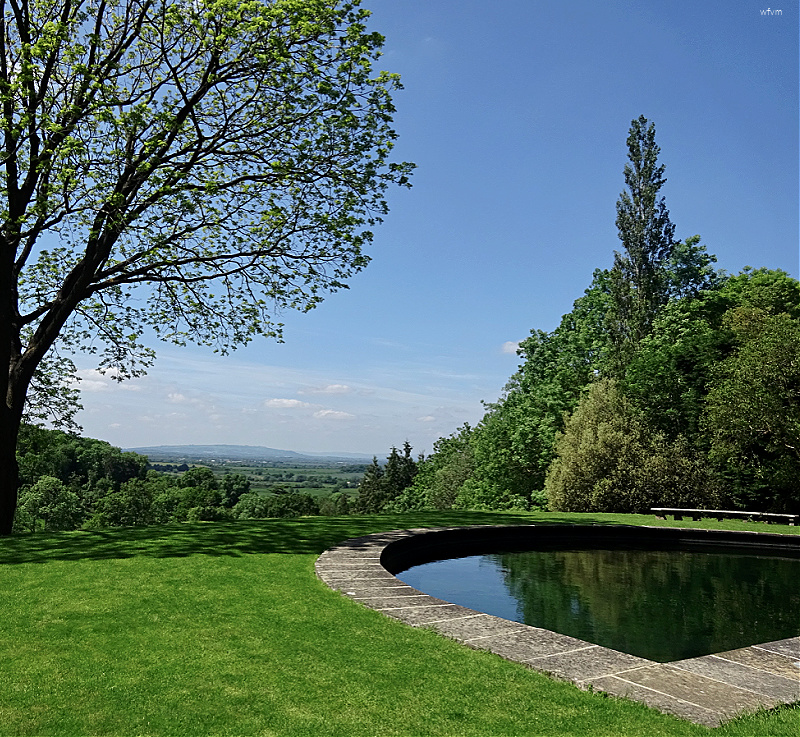 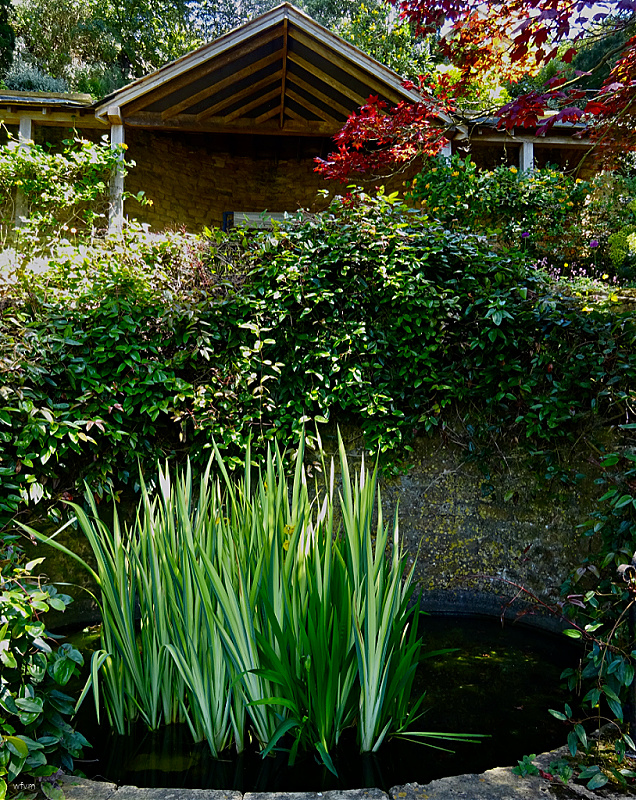 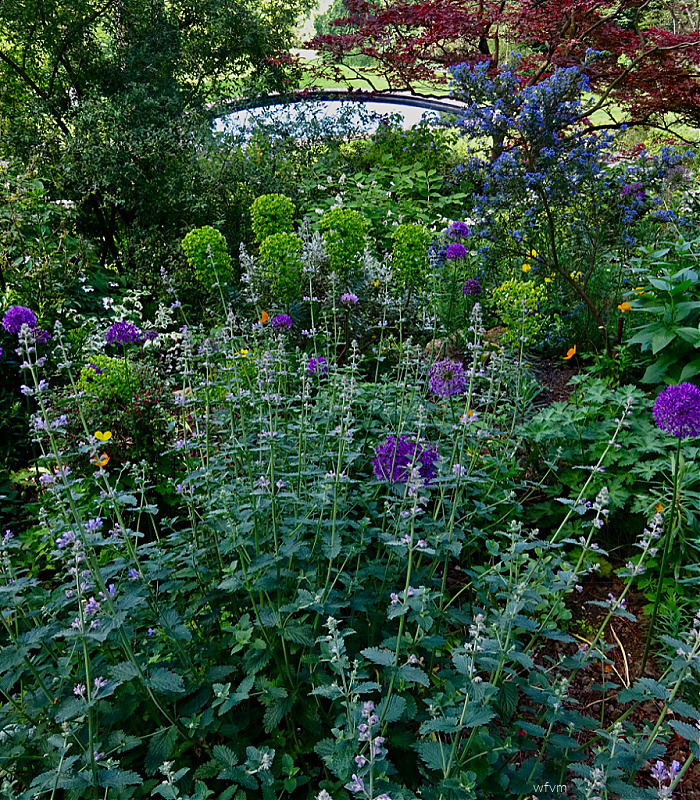 The garden has plenty of Nepeta Walker's Low - catmint plants scattered throughout the borders. I mention this because I too purchased a large number of the same plant a few weeks ago, mainly as a deterrent to our deer, who are not supposed to like them. However, with its spires of lavender-blue flowers amid fragrant grey-green foliage, Nepeta makes a perfect foil for other flowers in the border, and importantly is loved by bees.
Posted by Rosemary at 09:10